We all enjoy getting something new and pushing all the buttons and checking out all the new features. We want to see how they can improve our workflows and help us with our every day lives.  So whether it is a new TV or tablet or whatever, we get excited about opening the box to see what awaits.  Part of my job here at IMAGINiT requires me to get new equipment and learn all about it so I can teach and consult others on how the equipment can improve their workflows.  Getting new hardware is awesome for sure but there is something about a software company releasing new versions of its software.  I can't wait to get it downloaded and installed if for nothing else, just to see if it works or if it crashes the system.

Last Thursday, Leica Geosystems released new versions of much of its software.  While I won't go through all of the new features that have been released, I will highlight some of the tools people might find useful in some of the software packages.

Cyclone Field 360 is an application that runs on Apple and Android.  The new version (2.0) has been released and now works with the BLK360.  This means that users will now be able to wirelessly operate the BLK360 with an Android device (This has to be an approved device.  Check the Play Store to see if the app is available on your tablet).  This is now possible because the data is no longer being stored on the tablet but on the scanner itself.  The app has also been updated to make use of the IR camera on the BLK360 as well.  If you have a BLK360, you are about to get your eyes opened to wonderful new technology.

This new version of the software essentially has a series of updates and improvements.  For example, now that the BLK360 works with the Cyclone Field 360 app, Leica has added support for this workflow to Cyclone 9.4.  They have also added some features that seem small but are actually a huge time saver for those users who are using Autodesk's Recap Pro software.  You can now export an RCP file directly from Cyclone 9.4 instead of having to export an e57 and then import that into a new Recap Project.  Using the new Detect Moving Objects filter can assist in the cleanup of a point cloud tremendously.  This feature is reviews data and determines data that has moved through the scan and marks that data as "Noise Points".  The data can the be reviewed and deleted if needed. Support has also been added for password protected LGS files and JetStream Projects.  The password can't be changed once assigned but can be removed and re-added in JetSream and the LGS can be re-published to change the password.  These enhancements and many more have been added to the Cyclone 9.4 release.

If you have been keeping up with Leica HDS software, you have most likely seen and possibly used Cyclone Register 360.  When Leica released this software approximately two years ago, I was filled with excitement.  That excitement quickly faded when I realized I couldn't clean a point cloud effectively.  I also wasn't happy when I had to export to an e57 if I wanted to get the data into Autodesk Recap.  I could go on but lets just say other than registration, the software just had a lot of shortcomings I had in Cyclone Register.  There have been a few updates since then and there have been moderate enhancements made along the way.  I believe none of them have been as significant as this latest release.  Below is a list of updates as they read from the release notes.

There are a few of these features I would like to review for you.  Limit Box Tools are a very robust tool set that assists in the clean up of your point cloud.  They limit boxes can be saved, activated and deactivated when needed.  Leica has done a wonderful job with the functionality of these limit boxes.  They can be adjusted by grabbing the sides, using different keyboard functions to select through the box and grab the other side.  They can even be rotated to line up with objects in the point cloud (ex. buildings, pumps, condensers etc). 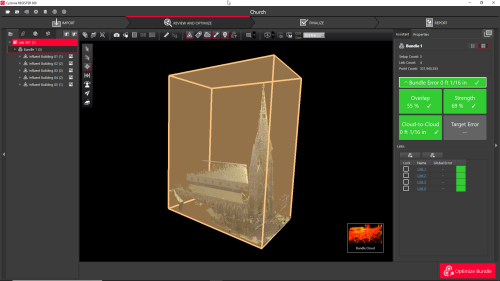 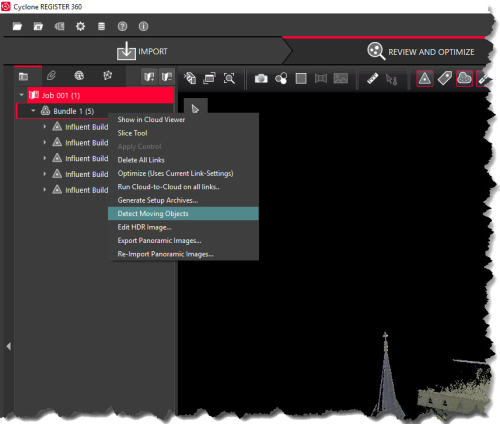 The points in red are marked as possible moving objects.  The user can choose to delete them all at once or zoom in and selectively delete them. 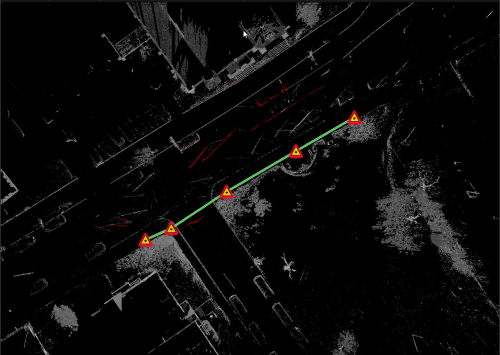 A long awaited feature in many point cloud software packages is the ability to export the images taken from the scanner.  That is now possible with Register 360.  The image below was taken from a setup and saved as a JPG on my desktop. 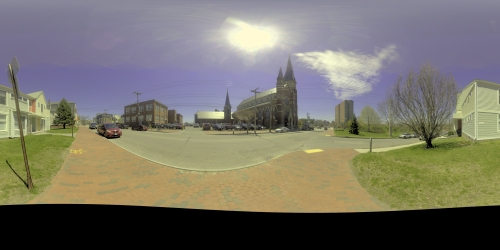 One of the biggest pain points with working with point clouds that come into a particular software package is sharing that data with other users.  Most often we find user need to share their data with other firms and users who don't have the same point cloud software.  However, many users have The Autodesk Collections which include access to Autodesk Recap Pro.  Therefore, they want to provide them with an RCP (Recap native format) file.  The workflow used to be to export to a compatible file format (such as e57 or PTS).  Now Leica has made it possible to export to a compatible native format for Recap.  While the Register 360 software states that it exports to RCP, it actually exports to a an RCS format that is compatible with Recap.  There are some drawbacks to this workflow to be aware of though.  The RCS file still needs be imported to Recap which doesn't take anywhere near as long as it does the other formats.  The other item to be aware of is that the point cloud comes in as a unified point cloud which means each scan location is not imported with this data.  For many, this is not an important part of their workflow but it is still something to be aware of.  Conversely, you can import RCP data into Register 360 and get all the data.  All scan locations are imported and the registration can be updated.

This update is one that I think Leica absolutely needed to do.  I have experienced system issues where Register 360 needed to be re-installed and lost connection to my project storage folder.  Without knowledge of the file structure system it was nearly impossible to reconnect to that data.  Now we can use the Reconnect button in the Projects & Storage dialog box to get Register 360 to see the projects again.

I obviously have not covered all the features found in this new version of the software but have highlighted ones that I think are the most useful.  If there is a feature I didn't cover, the release documentation can be downloaded by logging into your Leica MyWorld account or selecting the links below.  Leica has done an amazing job updating the software with usable features that can benefit a variety of users.  I can only assume they will continue this trend in future releases.  If you have questions regarding these features or would like to discuss the purchase of a scanner or Leica software training. Please reach out to your local IMAGINiT Technologies sales representative or visit us at www.imaginit.com 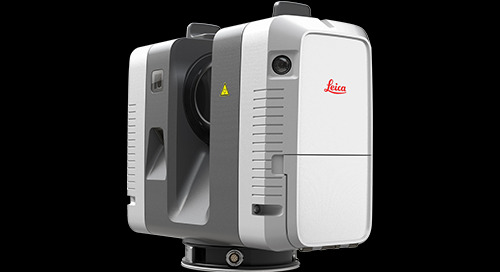 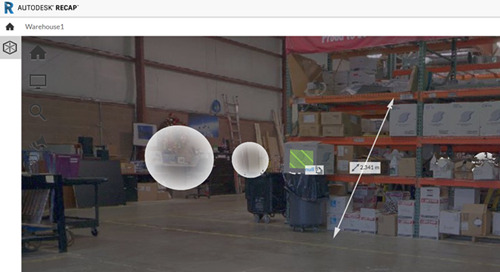 Publishing and Viewing a ReCap Project in the Cloud

James Branagan | Applications Expert One of the cool features included in Autodesk’s ReCap Pro software is ... 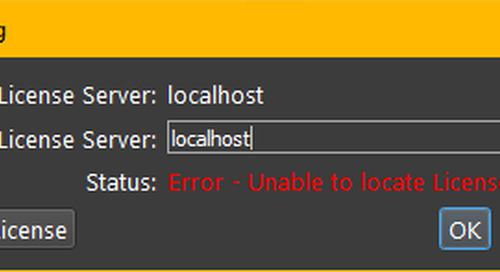 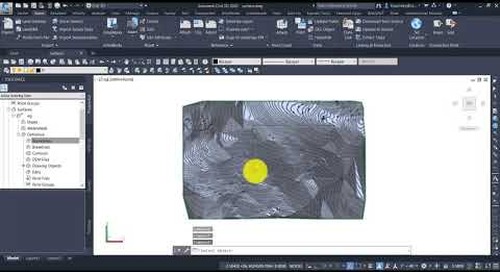 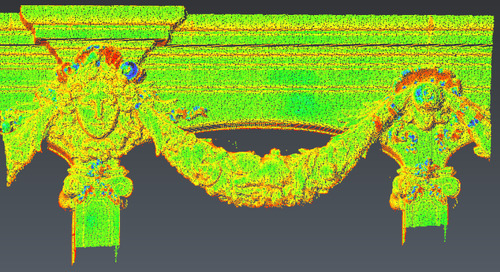 There is a lot of buzz right now over a software product that Leica has released known as Cyclone 3DR. Many people out there are referring to Cyclone 3DR as a new product from Leica. However,... 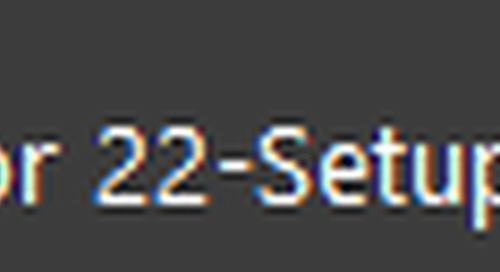 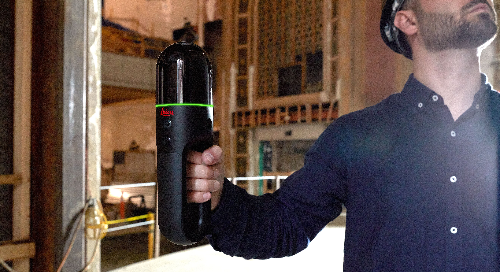 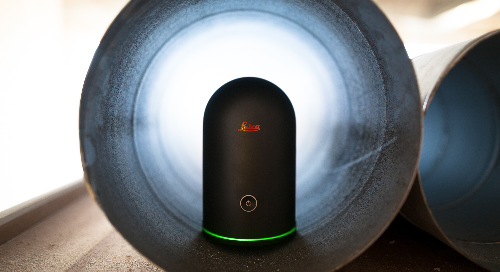 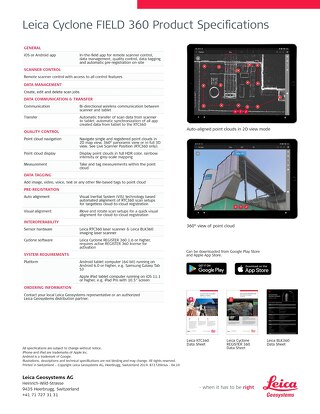 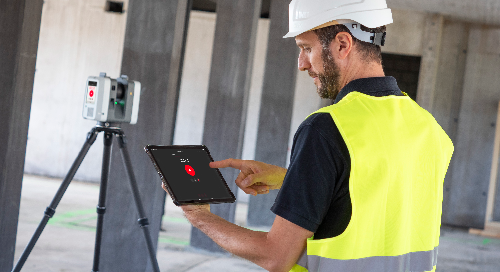 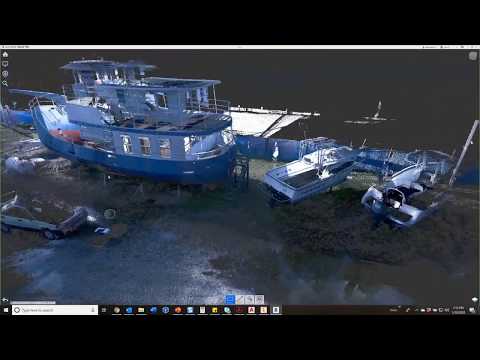 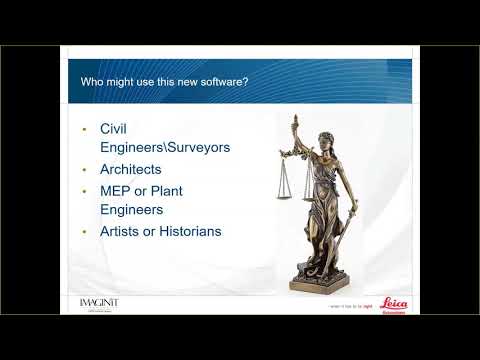 Leica Geosystems has taken over and reimaginied the software previously known as Technodigit 3DReshaper. The software has been rebranded and fit with a new look which resembles other Leica HDS product 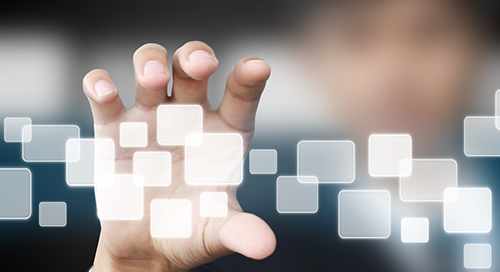 Get an understanding of what IMAGINiT Technologies can provide to organizations who want to make the best use of point clouds and reality capture technologies such as Leica Geosystems. 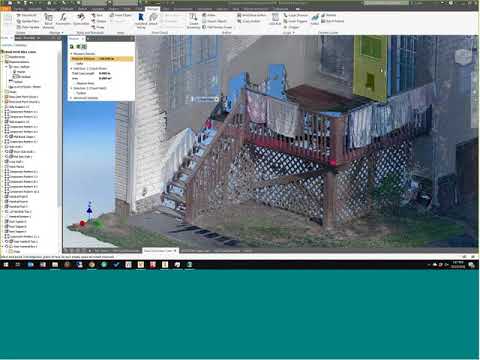 53:02
Working with Point Clouds in Inventor

Explore the Leica BLK360 and see how you can easily integrate this technology with Autodesk Inventor to reference point clouds in your designs. 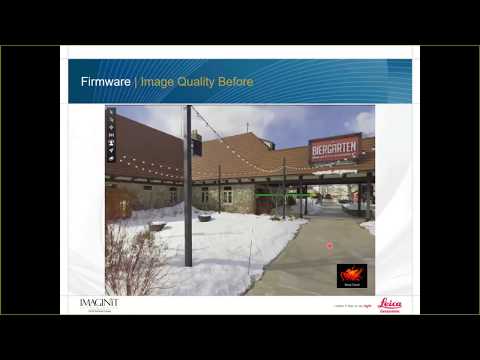 During this session, IMAGINiT expert Jay Meszar covered some of the more recent updates to the Leica RTC 360 firmware and Register 360 software. 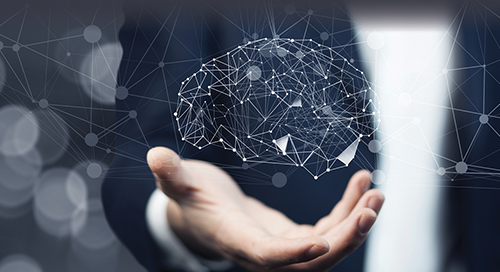 Maximize your use of the Leica RTC360 laser scanner and Leica Geosystems processing software and ensure the success of your RTC360 Implementation. 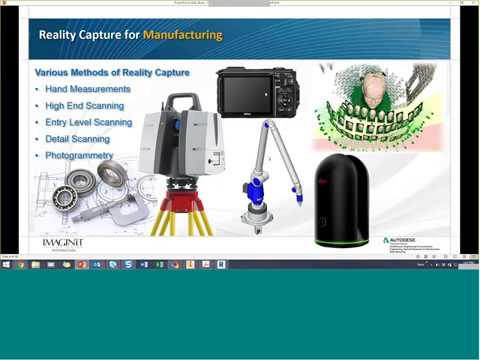 54:03
The Benefits of Reality Capture for Manufacturing

During this webcast, IMAGINiT expert Rusty Belcher explored the conventional ways Reality Capture is being for used for manufacturing and how it allows you to increase efficiency and ROI by decreasing 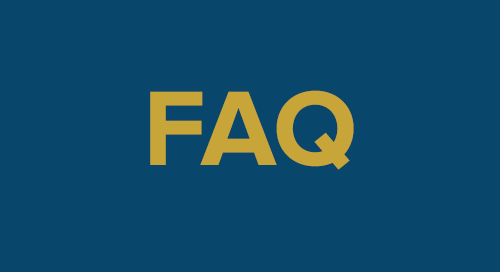 Wondering if collecting point clouds and using reality capture data is right for your team? Consider a proof-of-concept to understand the benefits and potential pitfalls. 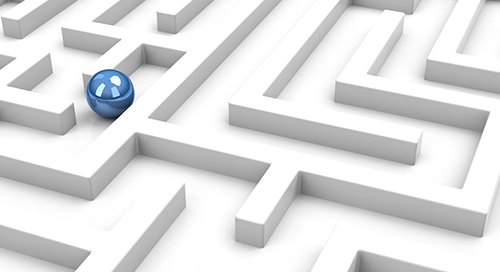 How to Avoid Common Pitfalls in Reality Capture Projects

Understand the common challenges facing organizations that use point clouds and reality capture tools and what you can do to overcome them. 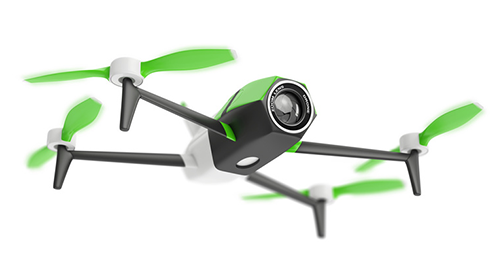 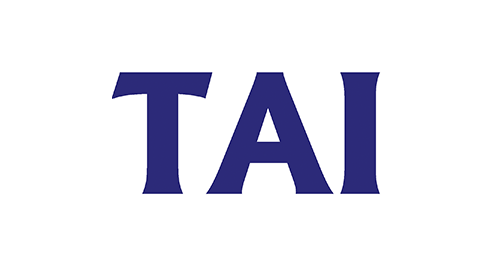 TAI Engineering evaluates and integrates 3D laser scanning and point clouds into their design workflow with help from IMAGINiT. 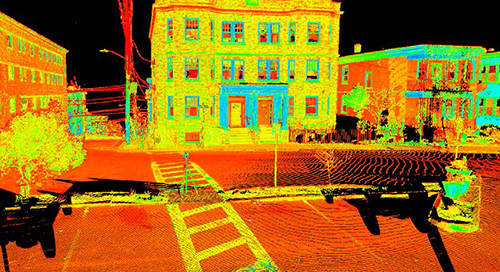 Samiotes Consultants implement 3D laser scanning and integrate the data into their CAD and BIM workflow with help from IMAGINiT.